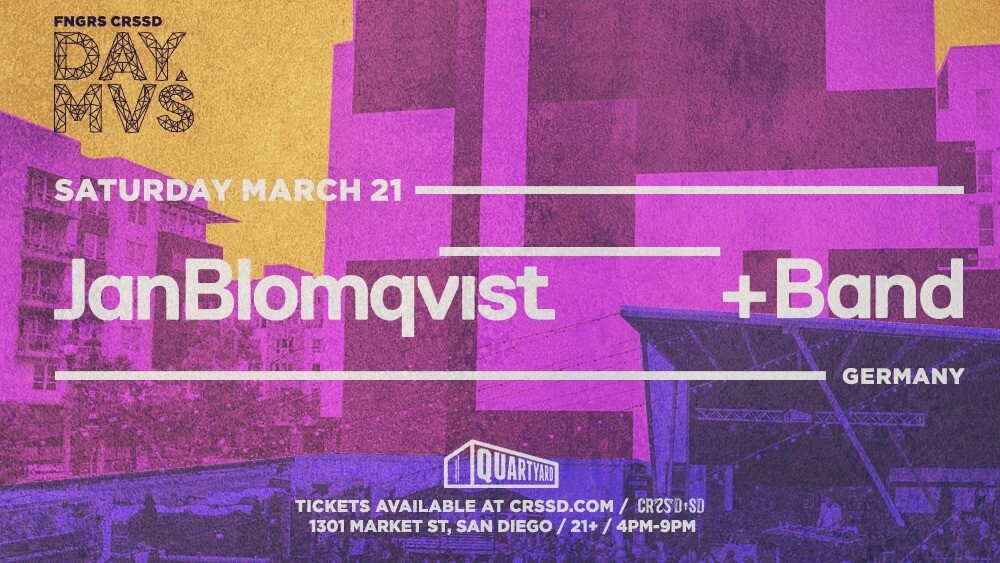 Jan Blomqvist
Berlin-based singer, songwriter, and bandleader Jan Blomqvist merges intricate, club-friendly tech-house with tuneful, melancholic pop. His songs are filled with minimal yet propulsive beats, detailed production, and yearning vocals recalling Thom Yorke. He often performs and records with pianist Felix Lehmann and drummer Christian Dammann, in addition to writing with lyricist Ryan Mathiesen. Blomqvist began singing and playing guitar as a youth, and got into techno at the age of 21, after which he decided to pursue music as a career. He spent his nights working as a bartender at a club and making tracks, developing his blend of minimal techno and pop songwriting. In 2011, he released two singles on Philip Bader’s Dantze label, including an interpretation of Angus & Julia Stone’s “Big Jet Plane,” and performed his first festival gig. In early 2012, he sang on Oliver Koletzki’s “The Devil in Me.” Soon after, Koletzki’s Stil Vor Talent label released Blomqvist’s Ink EP. During the next three years, Blomqvist played over 300 gigs throughout the world, and released a handful of additional singles, leading up to Remote Control, his debut full-length, which was issued by Armada in 2016. Following a remix collection, the single “Winter Roads” was issued by Days Like Nights in 2017.