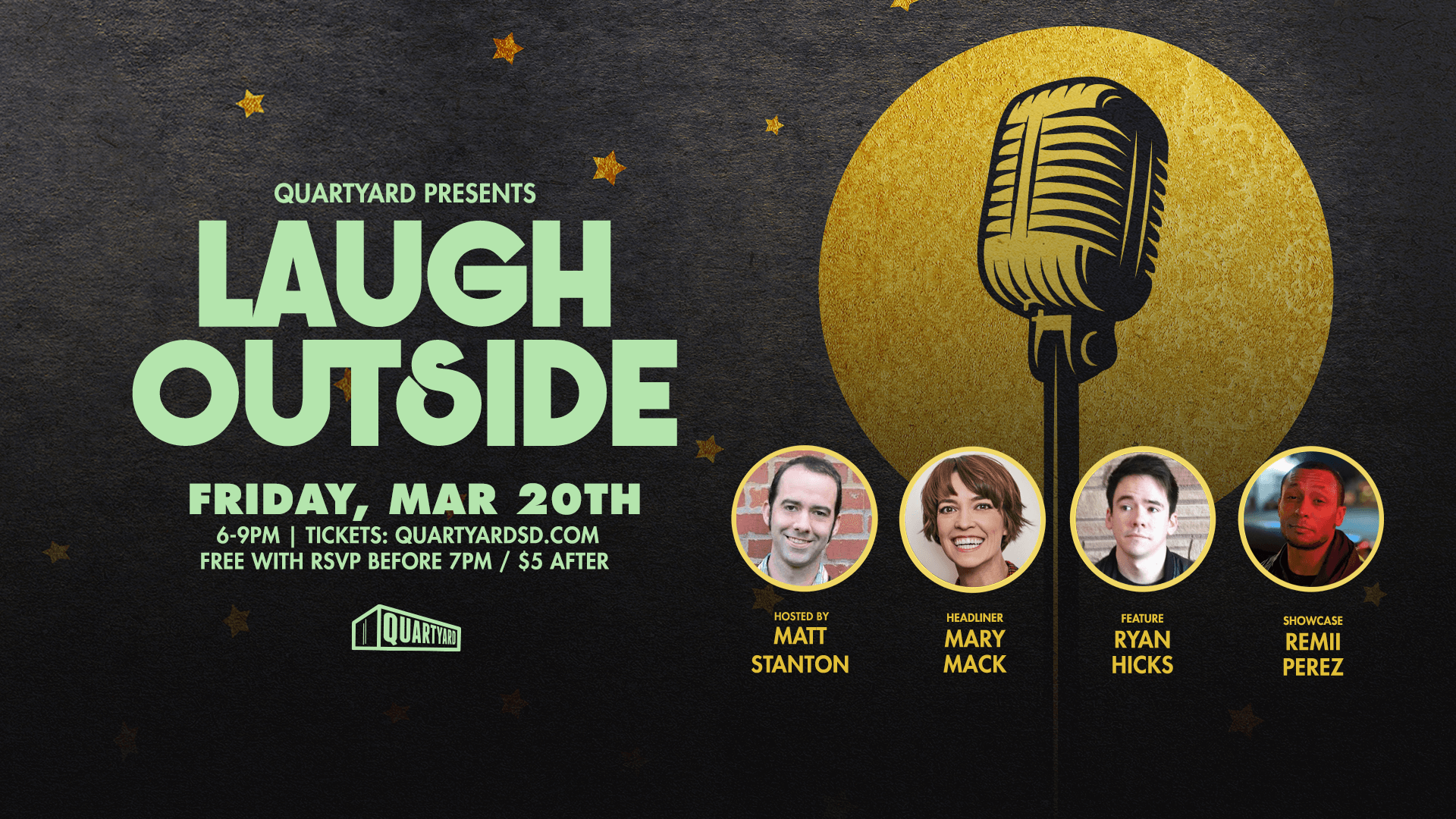 We’re proud to announce another night of comedy for YourCityBlock!

Folk Humorist Mary Mack performs her sometimes-musical comedy at festivals, colleges, clubs, casinos and anywhere you can find a llama or a buffet line. She has acted in cartoons, weird student films, and commercials that urge you to buy food for your hamster. (Mary is totally FOR feeding your hamster.) She had her national TV debut on Comedy Central’s Live at Gotham and NBC’s Last Comic Standing and has appeared on TBS’ Conan and NBC’s Last Call with Carson Daly.

Ryan Hicks has been featured on the TV show Laughs on Fox. He is a passed regular at the American Comedy Company, the Mad House Comedy Club, The Comedy Store (La Jolla), The Comedy Palace, Beachwood, Comedy Juice, and was a finalist in the 2015 San Diego’s Funniest Person Contest. He’s run and produced several successful shows and open mics and won a variety of comedy competitions, appeared on some local podcasts, and is a published writer with over 3,000 followers on Twitter.

Remii Perez – “Raised in a military family. Home Schooled until the 8th grade. Joined the military right out of High School. After 10 years of service, It was about time I figured out if anyone can relate to my thoughts. Turns out there were a lot of people who could relate to not relating to the status quo. Be ready to laugh at secretly familiar thoughts told from this unpredictable messenger.”

Keep your dogs at home. We’ve tried… they don’t like jokes.