The Festival of New Trumpet Music 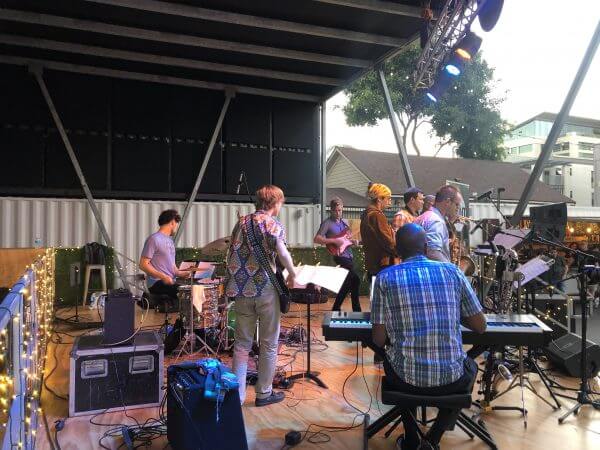 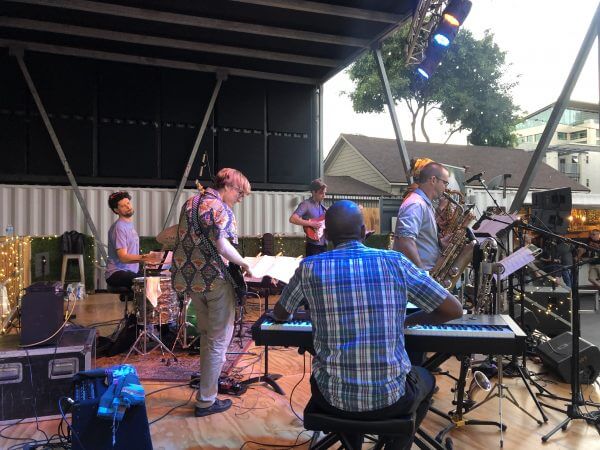 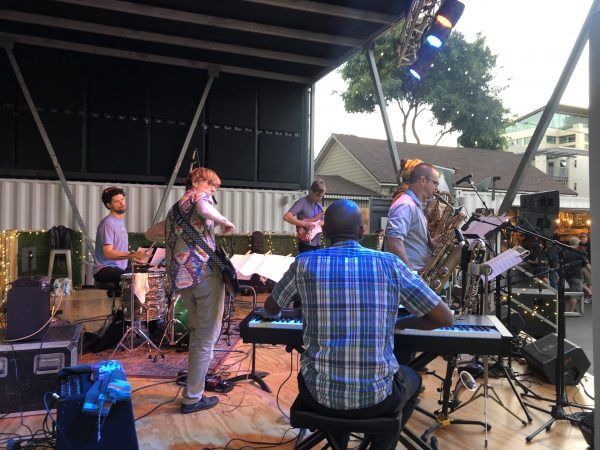 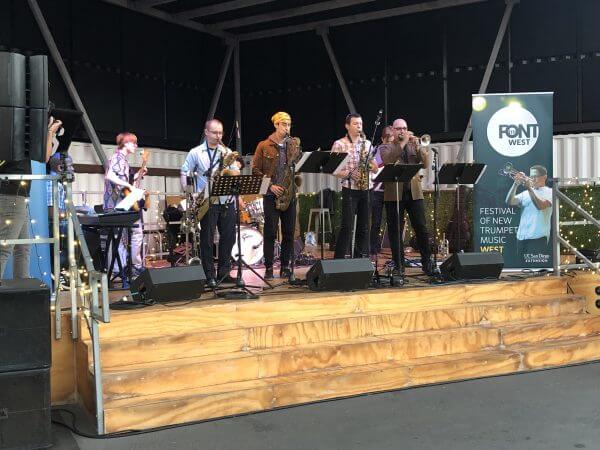 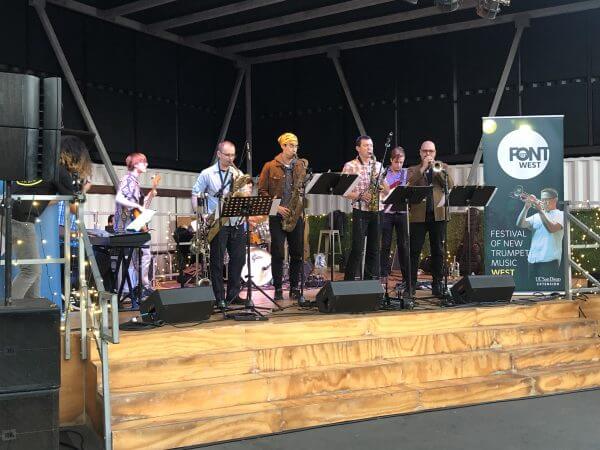 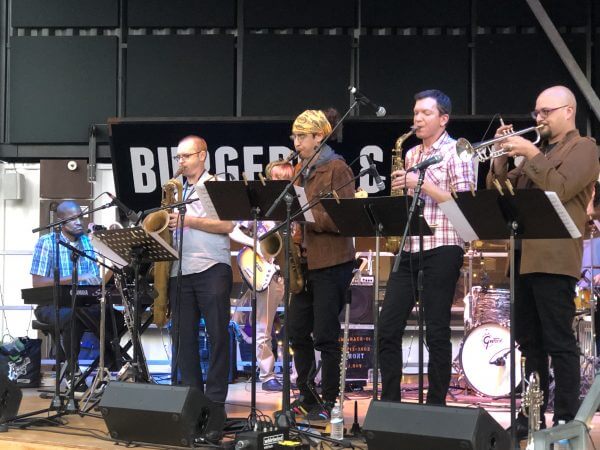 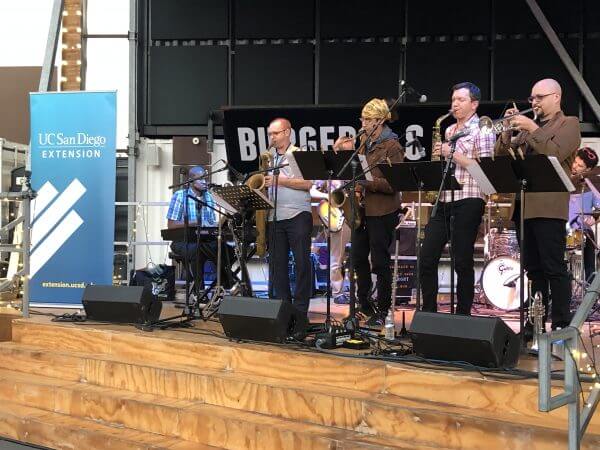 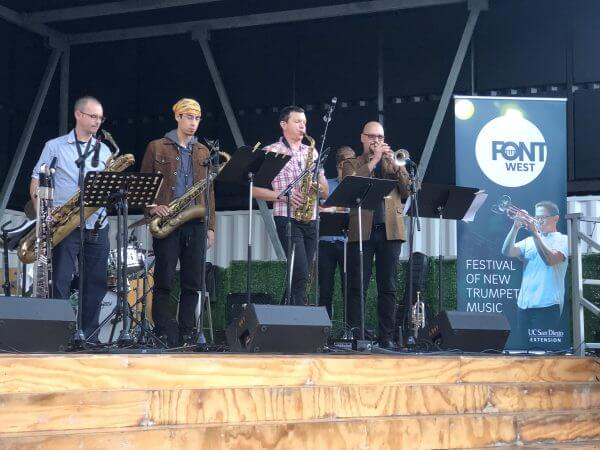 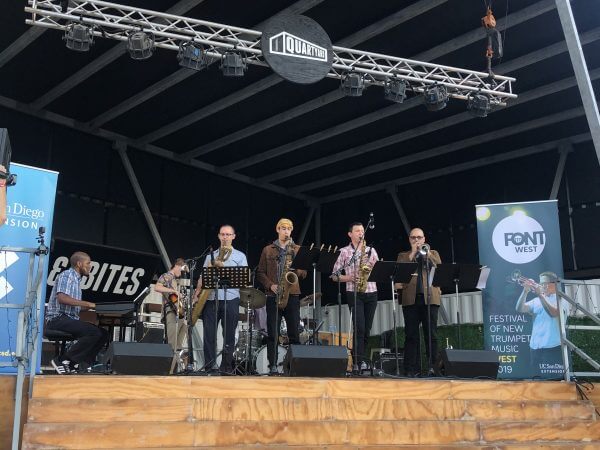 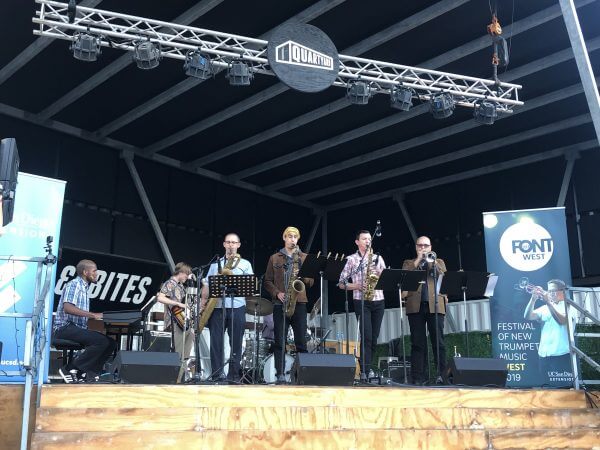 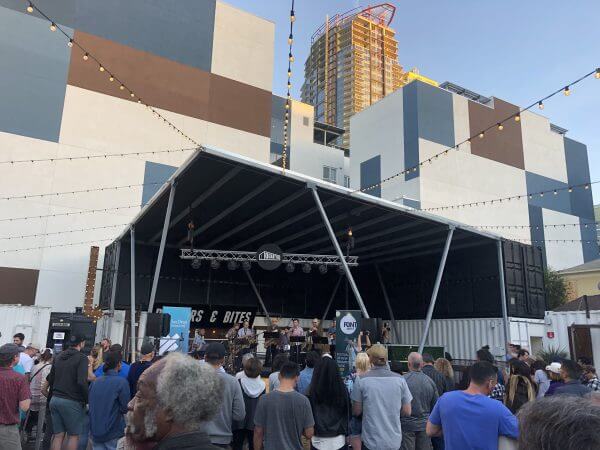 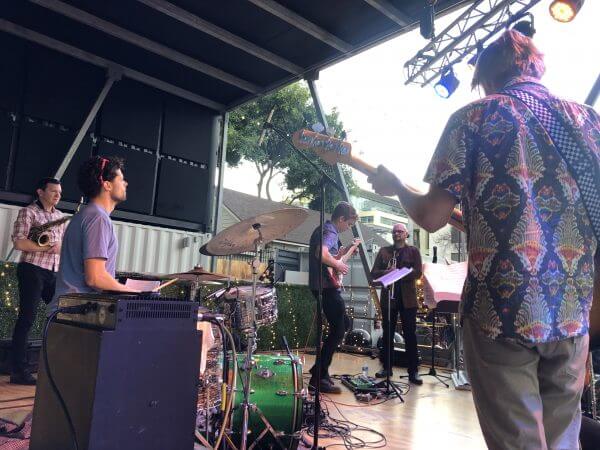 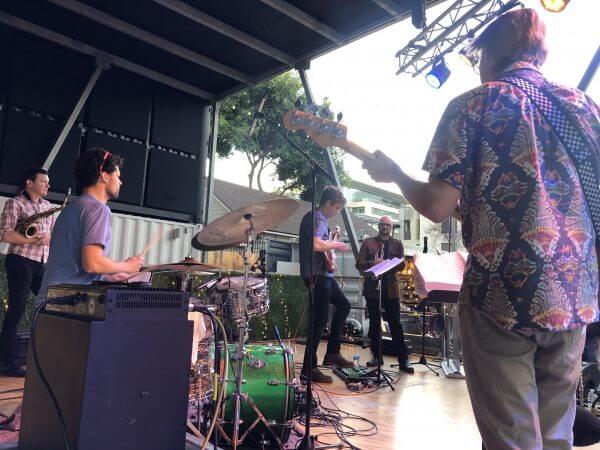 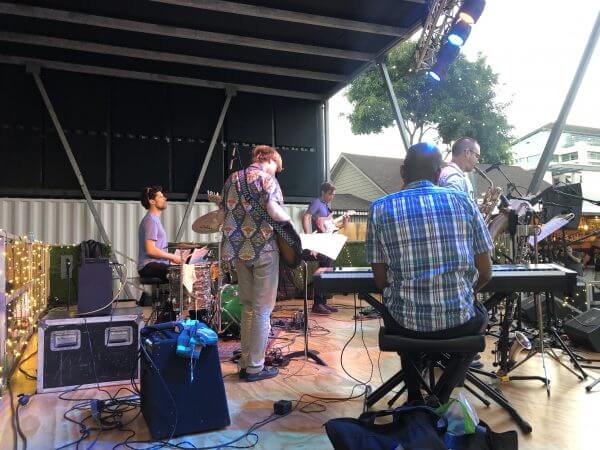 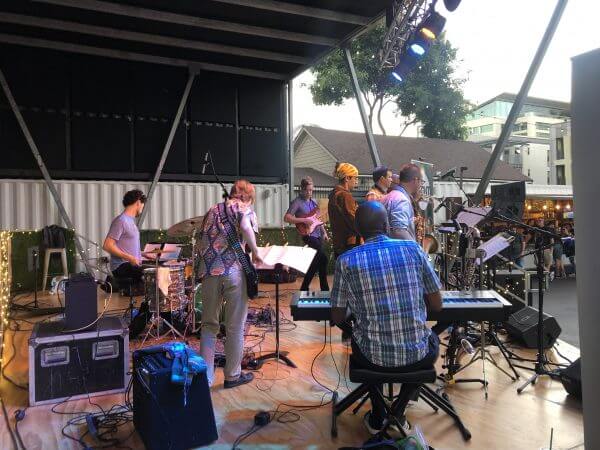 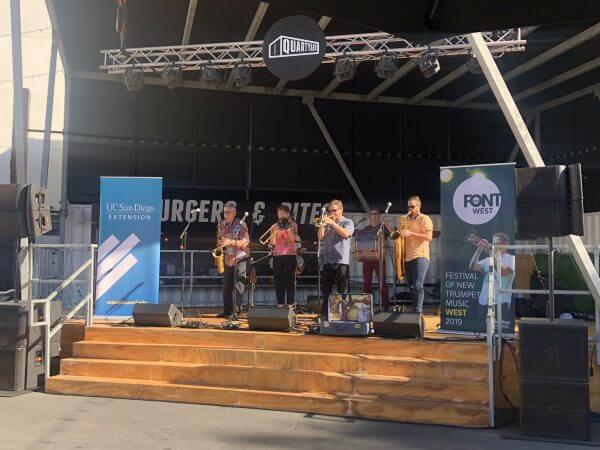 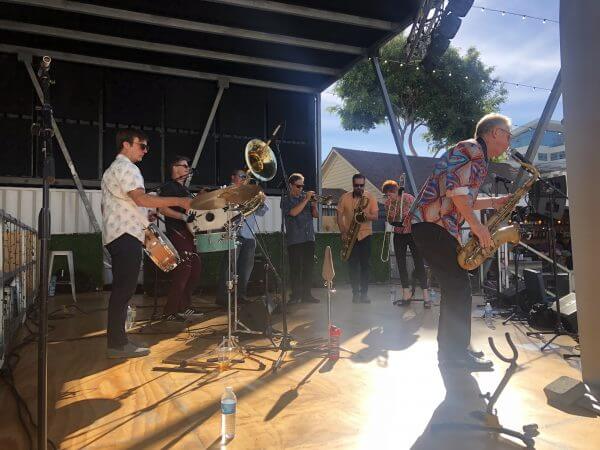 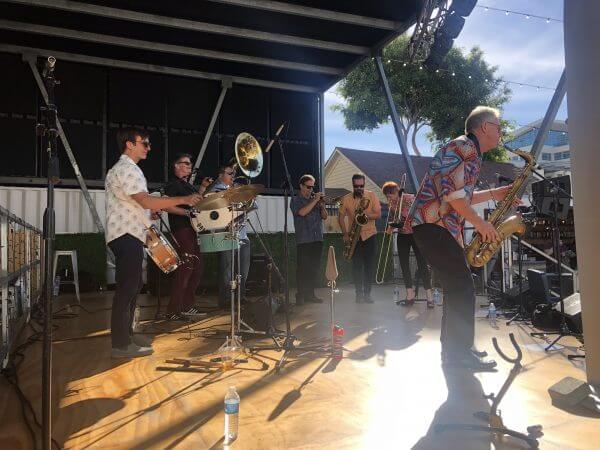 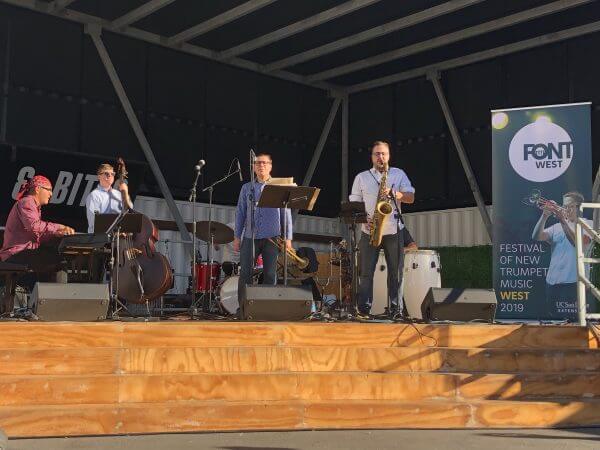 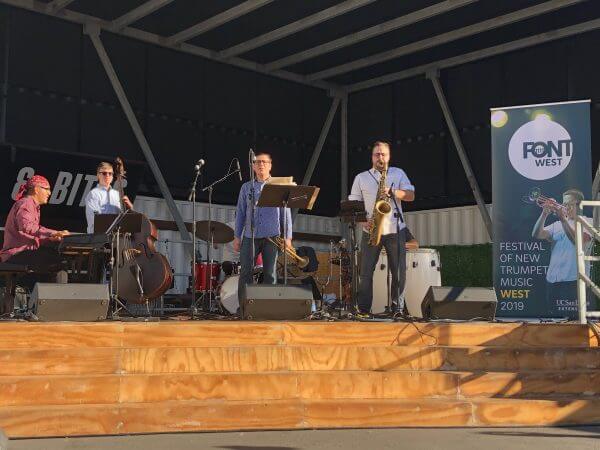 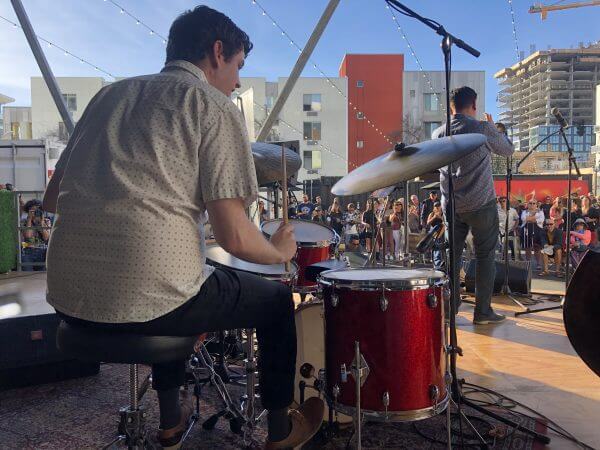 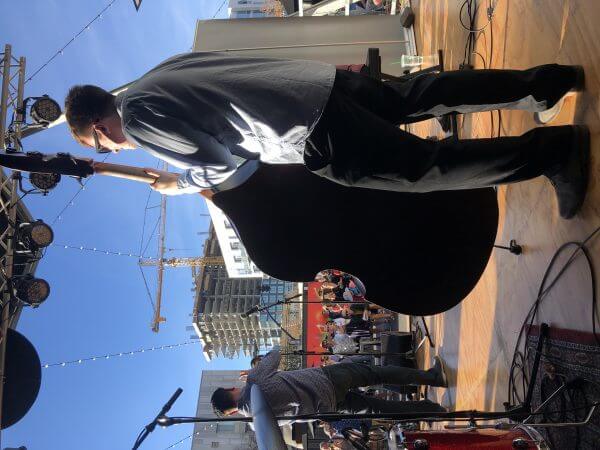 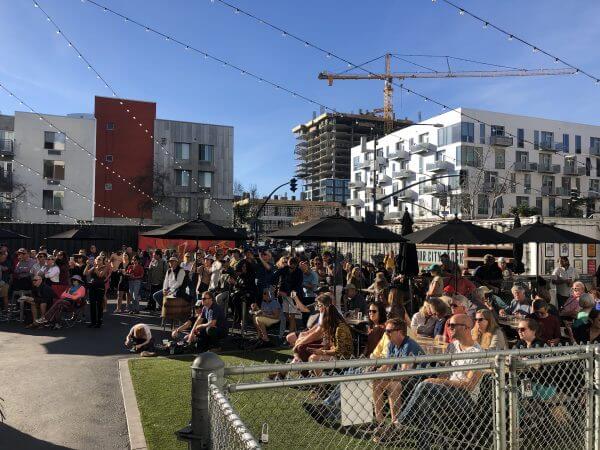 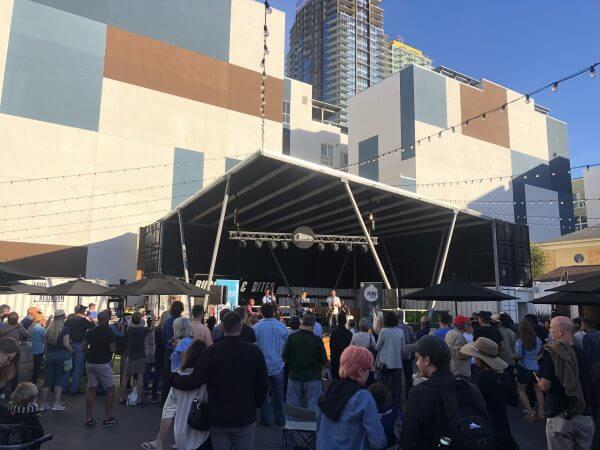 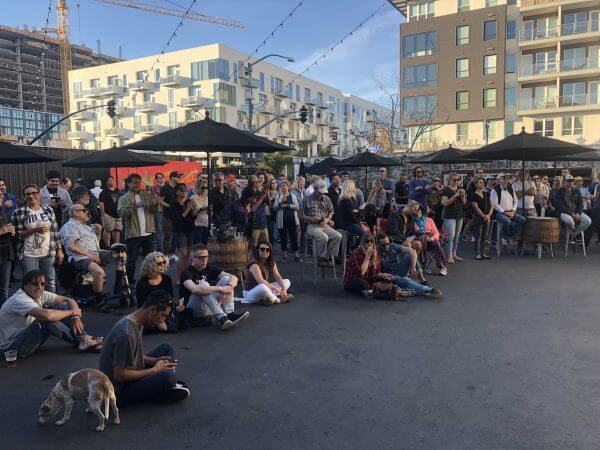 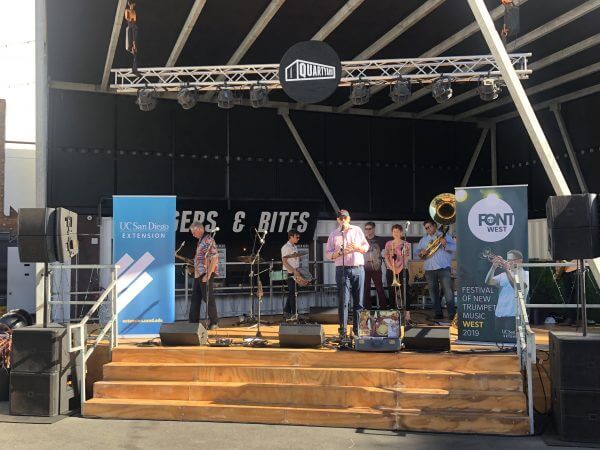 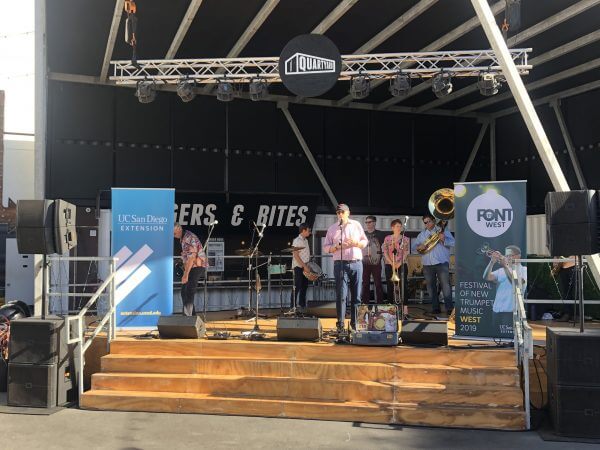 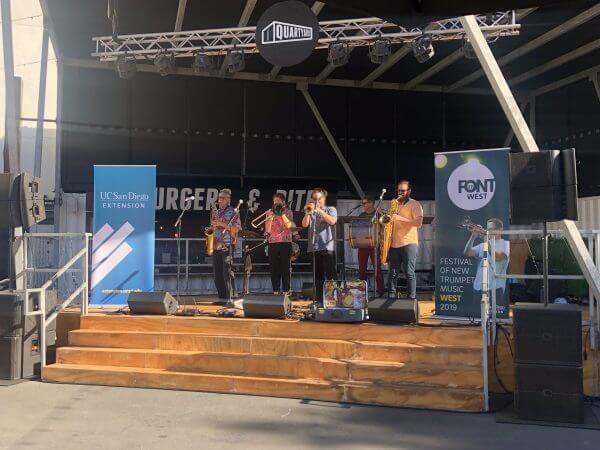 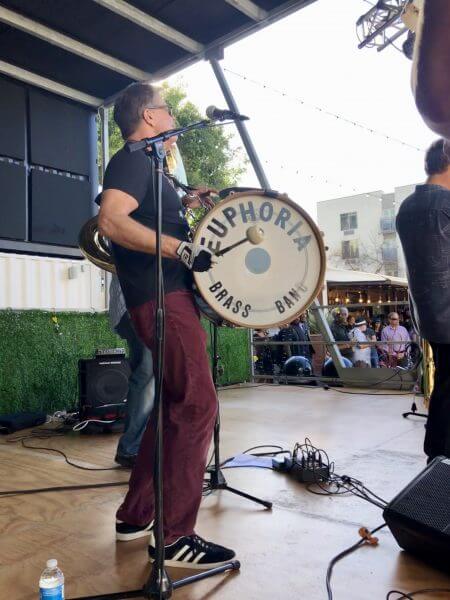 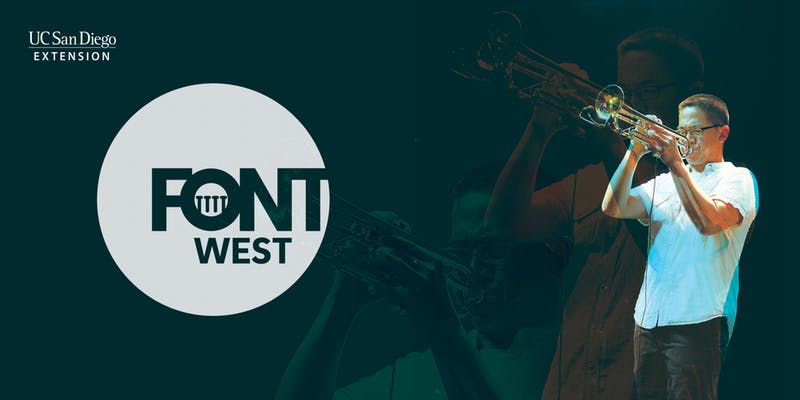 The Finale for the weeklong festival is presented by UC San Diego Urban and the Quartyard.

This is a free concert.

With reverence to tradition while bringing the multi-layered modern street sounds of New Orleans and letting the Southern California vibe shine through, Euphoria Brass Band is an undeniably unique and exciting musical force!

Gilbert Castellanos, a resident composer for the San Diego Ballet, premiered the musical suite DIA DE LOS MUERTOS with the renowned dance company in February 2018 during Ritmos Latinos, it’s annual celebration of Latin jazz music. This was the second original composition by Castellanos for the SDB.

“My newest suite – Dia de Los Muertos – began as a spark two years ago when I was home in Guadalajara with my family for the holidays. I was very inspired there and began reflecting more and more on my roots, where I’m from, where I’ve been and what I’ve experienced over the years. It was completely unexpected. Each movement has deep significance and meaning for me personally. I’m paying tribute to people who have been a big inspiration to me and my life, and they have all passed and gone on ahead… The music really represents me NOW – who I am and why I’m doing what I’m doing. I’m honored to have the San Diego Ballet include it in their Ritmos Latinos series!” ~ Gilbert Castellanos

5/5 Stars from All About Jazz
“L.A. trumpeter Daniel Rosenboom seems to gravitate towards music that challenges on multiple levels…wildly ambitious… It’s a fascinating blend and blur of the notated versus the improvised, and the constant shifting keeps the listener’s interest at a peak level… Imagine a synthesis of Wayne Shorter’s “Moto Grosso Feio,” and Cecil Taylor’s “Conquistador,” and one knows what to expect. Recommended.”
—Robert Bush, All About Jazz

“Los Angeles trumpeter Rosenboom and his colleagues have the spark in them, the connection to that nexus where head, heart, and spirit collide. His improvisations flow with an undisputable internal logic so that every turn seems as inevitable upon hearing as it was unpredictable moments before. Whether his music shifts from a trumpet march to an electric guitar loop, from frenzy to quiet breath, from tight ensemble to bickering solos, I feel smarter and somehow better for having heard it. Great music teaches … trains the brain. Coltrane, Dylan, Hendrix, Carla Bley, Leroy Jenkins, Bach all do this. So does Daniel Rosenboom.”
—Hobert Taylor, KUCI

For more information on other events included in the FONT West festival, visit extension.ucsd.edu/fontwest