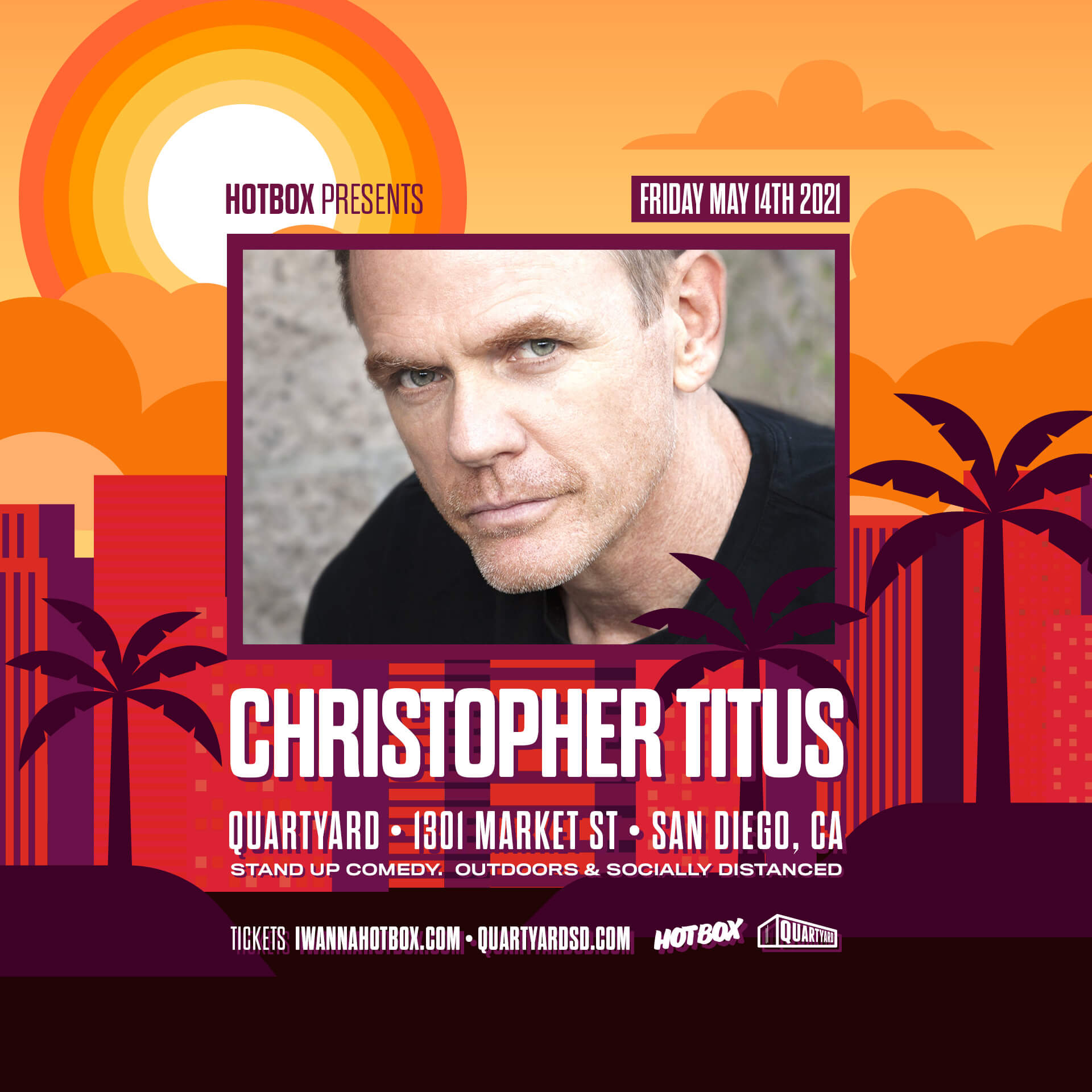 Masks are required for entry

All performers will be +12′ away from all guests at all times.

All tables & chairs are sanitized thoroughly before each event.

This Is An Outdoors Show

IS THERE A FOOD & BEVERAGE MINIMUM LIKE A NORMAL COMEDY CLUB?

Yes, like most comedy clubs there is a x2 drink minimum per guest + 1 food item per table required. 18% gratuity added to checks

HOW DOES THE TICKET PRICING WORK?

Tables / Seating are extremely limited.  Tables will priced for groups of up to (4x) — at an avg of $25-$40 / per person, depending upon table location.

If you are coming with less than (4x), that’s ok too — come with your partner, your friend(s), or solo even.

There are no discounts for less people.  Due to the limited capacity & nature of the event, we can’t sell individual tickets.

Seating will be first-come-first-serve based on the corresponding section of your ticket. 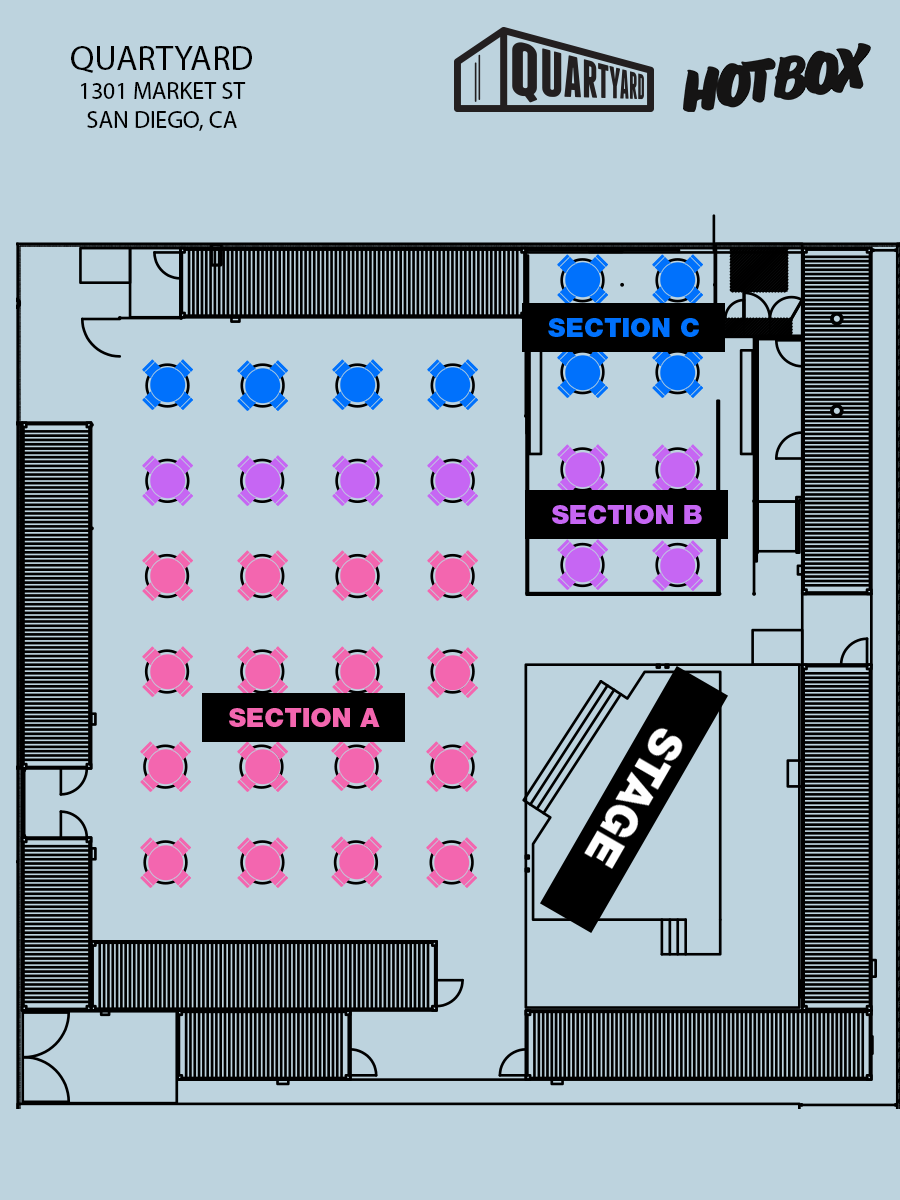 CHRISTOPHER TITUS
Facebook · Website· Instagram
Christopher Titus is a prolific stand-up comedian, writer, actor, and
producer. His stand up work sees him playing to sell out audiences at clubs and
theaters around  the country.
As a creator, Titus has sold scripts and ideas to NBC, ABC, FOX and Comedy
Central. His multi-cam half hour “Titus” premiered to critical and audience
acclaim on Fox, earning the show an Emmy Nomination, while Titus himself
received a WGA Award Nomination for his writing on the show. Following
“Titus,” Chris had a number of straight offer series leads including ABC’s “Big
Shots,” opposite Dylan McDermott, Michael Vartan and Joshua Molina.
Titus has written and starred in eight 90 minute comedy specials, some of which
spent months on the Billboard Top Ten Comedy Chart. He is currently performing
his ninth 90 minute special “Stories I Shouldn’t Tell, while his most recent hit
special “Amerigeddon,” is available on Amazon. Additionally, Chris has a very
successful podcast called The Armageddon Update/ Titus Podcast with 8 million
downloads.
Most recently, Chris wrote, produced, directed and starred in the feature “Special
Unit,” about a team of special needs people who form an undercover police unit.
With a take no prisoners wit, years of writing hysterical, poignant comedy both in
front of and behind the camera, Chris Titus is a voice unlike any other. 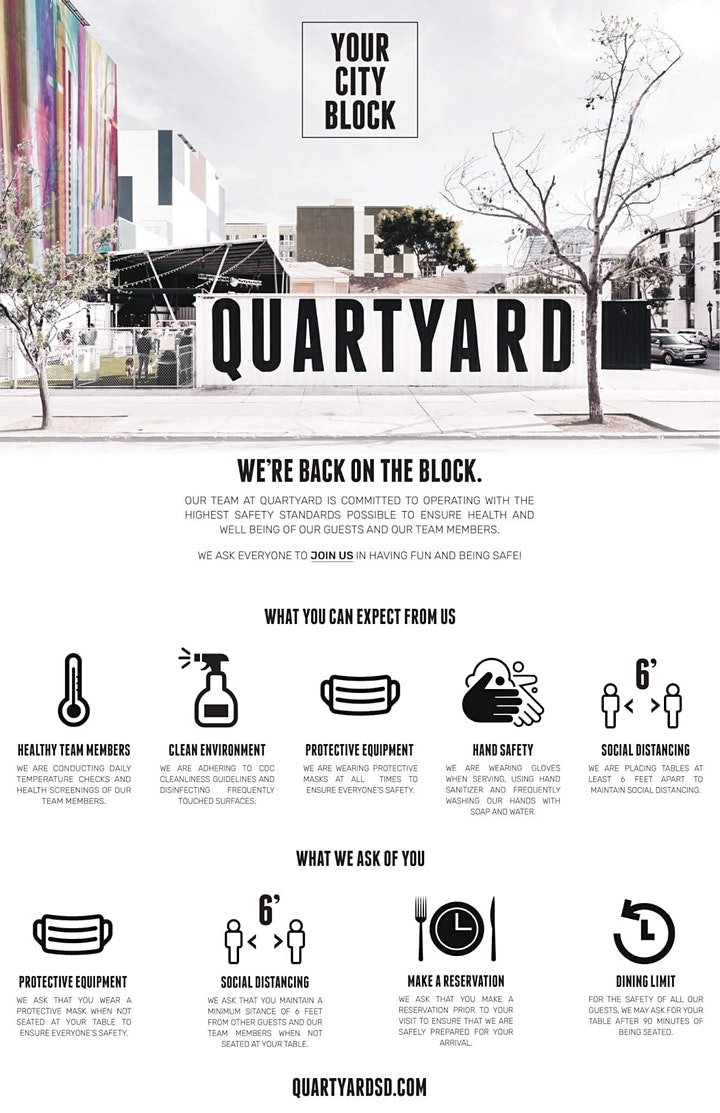 The event will follow all CDC + social distancing guidelines and the event producers want you to have a safe, fun time.

Masks are required for all attendees.

Please respect and maintain social distance of at least 6 ft of between yourself and other guests/groups.
Please remain in your designated table area at all times.  A server will take and deliver your food & beverages.
Tickets are non-transferrable.  Your party must arrive together in order to be seated.
Tickets are NON-REFUNDABLE. No Transfers or Exchanges.  This event is rain or shine.

In order to provide the safest and best experience, we require each participant to observe the following rules:

・If you are sick, running a fever or have been exposed to COVID-19, please stay home until you are healthy.

・ Per contact tracing standards, No Tickets Will Be Transferrable.

・ No refund requests, transfers, or exceptions will be granted (unless the event is cancelled outright). This event is rain or shine.

・ No outside food or beverage allowed

・ No professional cameras, drones, or video or audio recording equipment

・ Sanitizer & soap are provided at the restrooms on-site

・ No pets are allowed