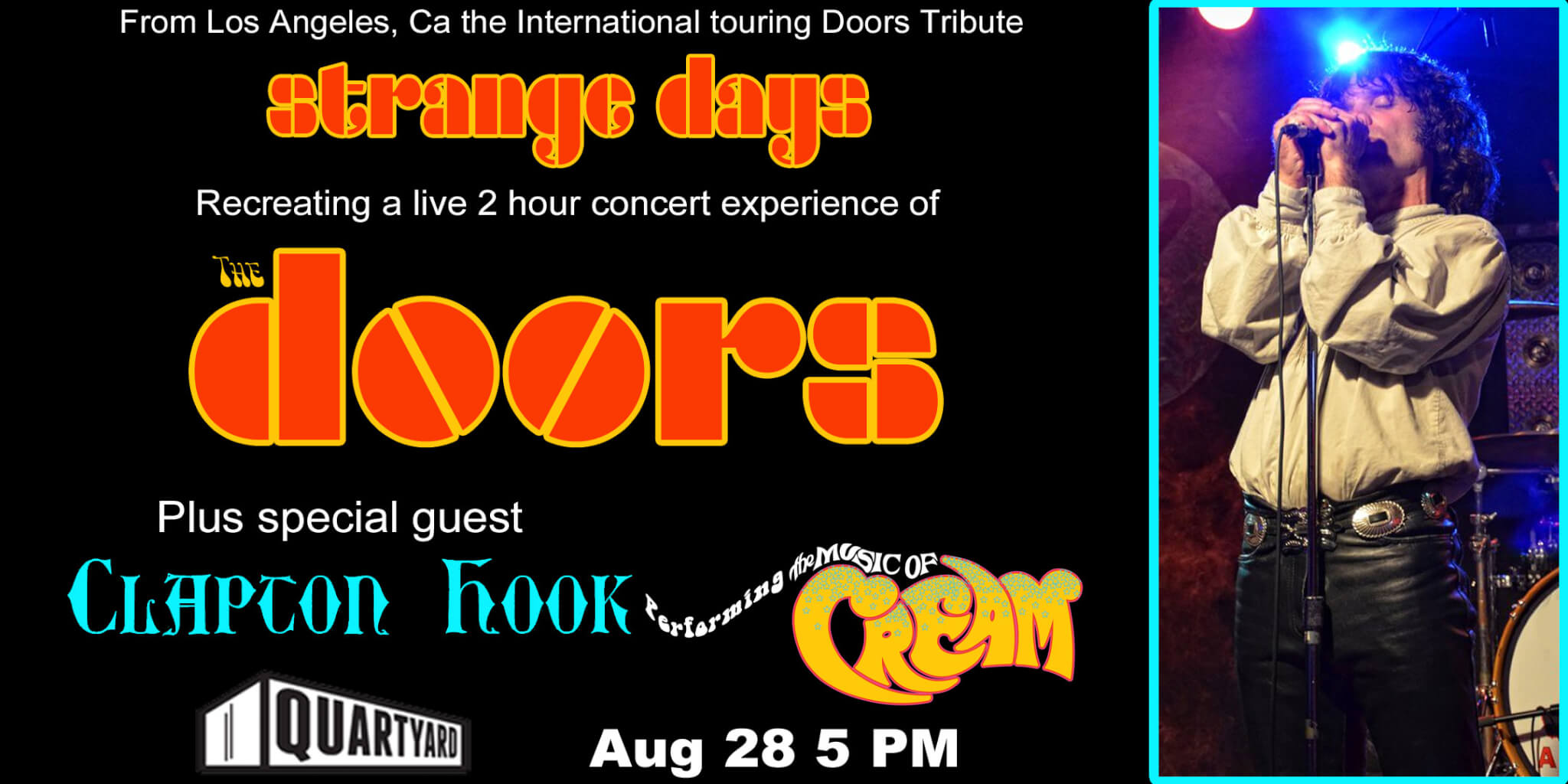 From Los Angeles, Ca. the international touring Doors tribute band Strange Days perform a live 2 hour recreation of a Doors concert. If you’ve never seen the Doors live this is as close as it gets. Personally endorsed by Doors guitarist Robby Krieger who has shared the stage with Strange Days numerous times. Local crowd favorite/guitar slinger Dan Litwin & Clapton Hook open the show at 5:45 and perform a tribute to Cream at Quartyard. An intimate outdoor venue located in East Village at 1301 Market Street, San Diego 92101.

From Robby Krieger- The Doors

“Strange Days rocks! The music is alive the way they play it!”

“It is still possible to enjoy the music of Jim Morrison and The Doors thanks to performances like the one given by the band Strange Days. Lead singer Jason Tosta and his fellow bandmates brought the art and sound of the original Doors back to life by using classic instruments, clothing, and performance style. Strange Days performance allowed the audience to be transported back in time and they rejoiced with each rendition of the popular songs. The very best of Jim Morrison and the Doors was successfully resurrected and remembered through Strange Days”.

Clapton Hook is a Eric Clapton tribute band which will be performing songs from Cream on Aug 28th. Playing all over Southern California since 2010 “The Hook” has performed at lots of cool places including Humphrey’s Backstage, Ramona Mainstage, the Belly Up Tavern & The Blue Café. Dan Litwin is the lead guitarist and vocalist for the band. Dan has been playing guitar since 1971 and was influenced by influenced by the great guitarists of the age, such as Eric Clapton, Jimi Hendrix, Ritchie Blackmore, Robin Trower, Johnny Winter and more. Dan is not only a gifted guitarist but also a stellar vocalist. 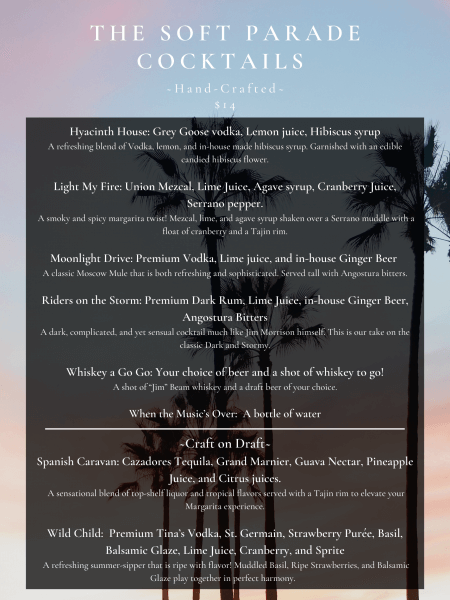