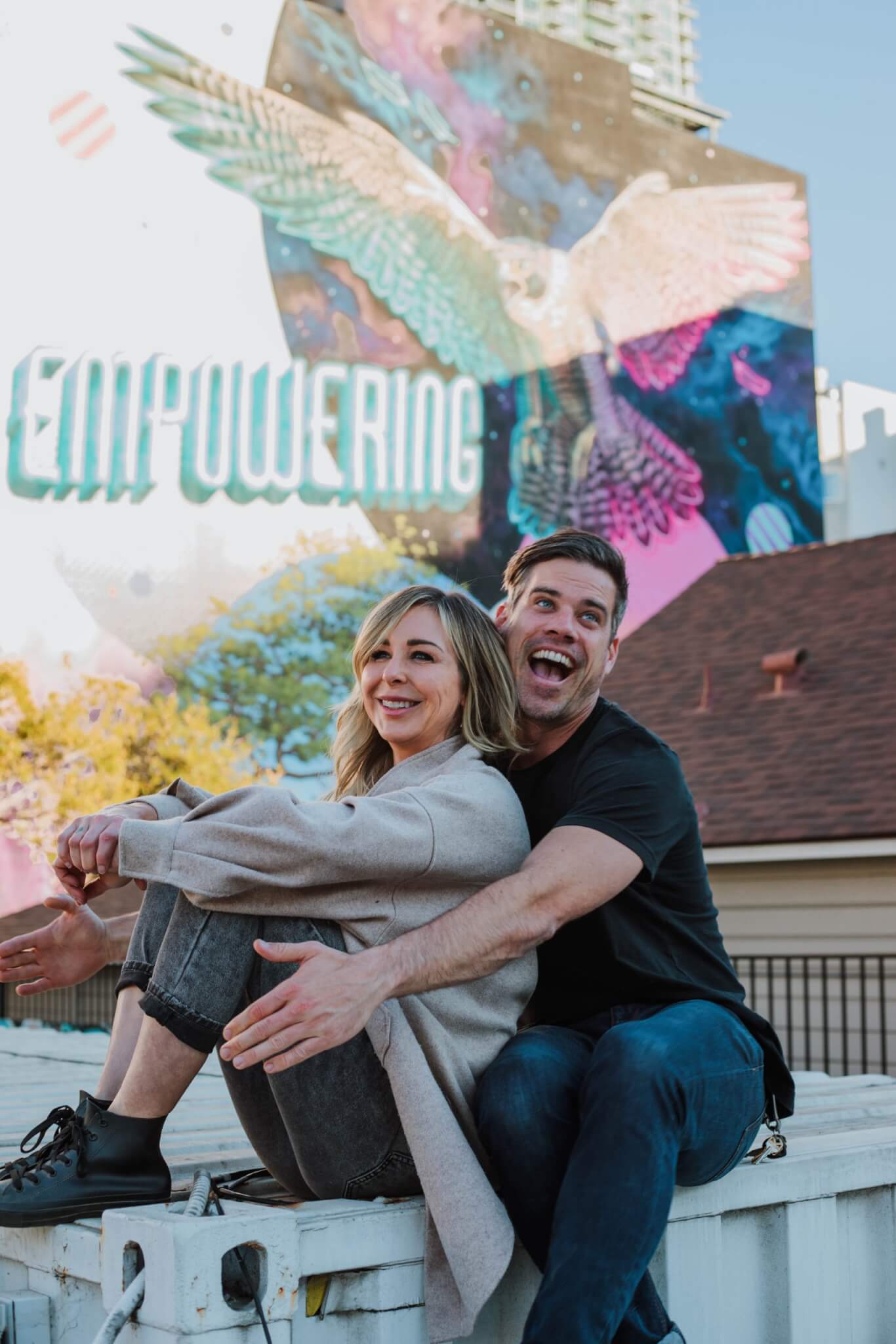 Behind the creative minds of Carly and Chris

After a long 30 days, artists Carly Ealey and Christopher Konecki put their minds together to create what used to be an empty, 7 story wall into an inspiring masterpiece. They worked day and night to turn this vision into a reality and now, we finally get to admire it from a front row seat at Quartyard.

Carly and Chris both grew up with artistic backgrounds. This project is just scratching the surface of their creative potential. Although they both have different styles, they still come together in a way that compliments each other. Carly’s strengths are animals, human figures, textures, organic shapes and Chris is better at more defined, architectural forms and letters. They’ve been collaborating since 2015 and continue to thrive together.

This mural is in support of Key Conservation and their efforts for seeking real-time global support for wildlife conservation. They reached out to Carly to look into collaborating on a creative level and see how they can deliver such a powerful message.

After some creative thought, they decided that the subjects of the mural would be the Peregrine falcon and the Torrey Pines tree. They chose the Peregrine falcon not only because it is the worlds fastest animal, but it was an endangered animal. “The badass of the skies,” says Konecki. At one point, it was on the brink of extinction but due to conservation efforts, it was brought back and is now thriving. The Torrey Pine is critically endangered and is hoping to benefit from the same conservation efforts that the peregrine falcon benefited from before. “It’s a story of triumph and hopefulness for the next thing,” says Ealey.

This mural stands for hope and promise for a better future. You can see it first hand at Quartyard on 13th and Market st. in downtown San Diego. If you would like to look more into how you can be a part of conservation efforts, please look into Key Conservation.

Key Conservation will be hosting a party on Earth Day, April 22nd! Be on the look out for more info.

Thank you to East Village Association, ItsFarOut, and our community for participating in the production of this mural!