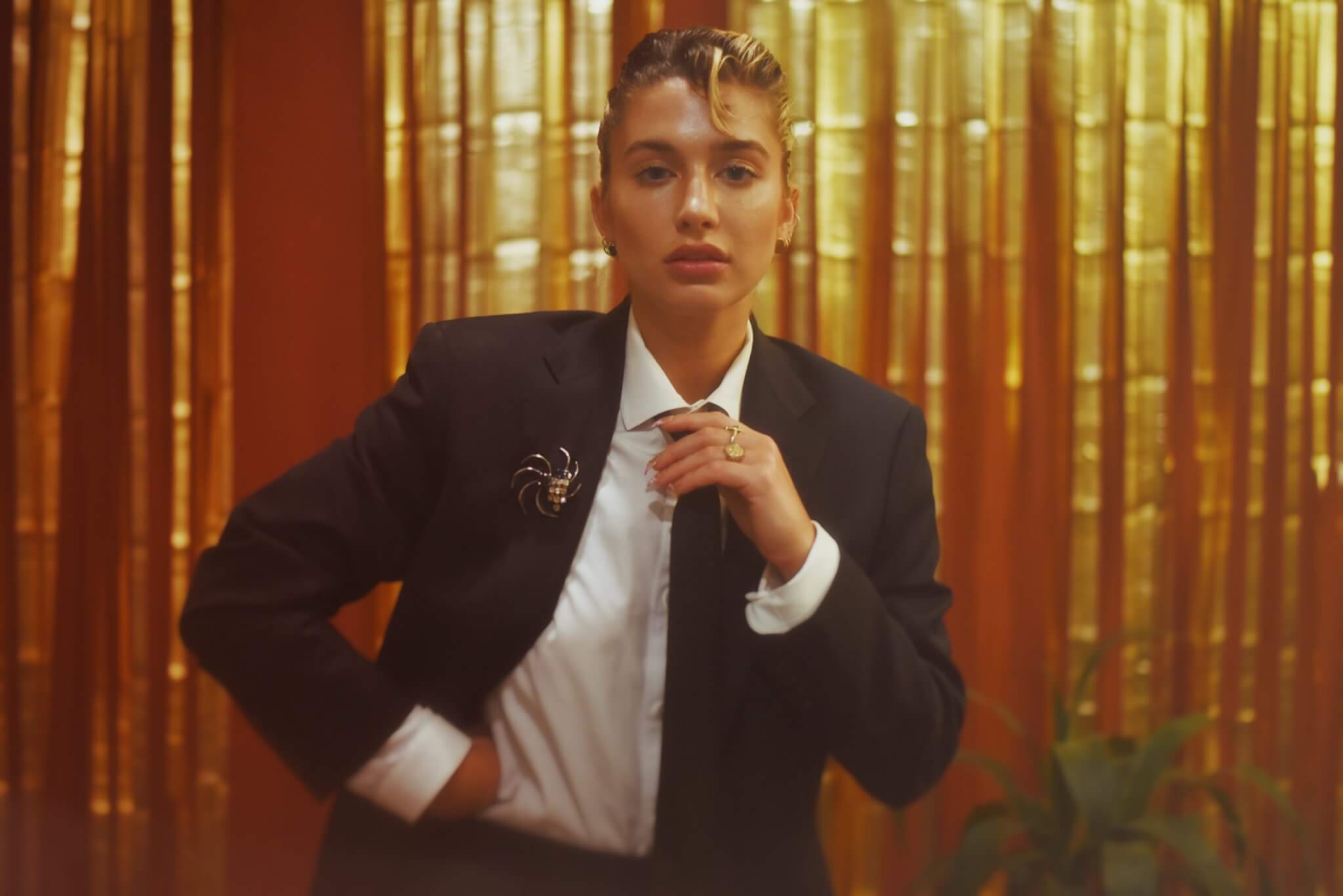 This is BIIANCO… see them live! Sat. April 9 with The Polish Ambassador

BIIANCO, a multi-instrumentalist and producer, emerges both as an artist and muse. They direct, perform, and curate each song out of the imagination of their creative mind. We were lucky enough to get an interview with them and ask some questions we’ve been dying to know the answer to. 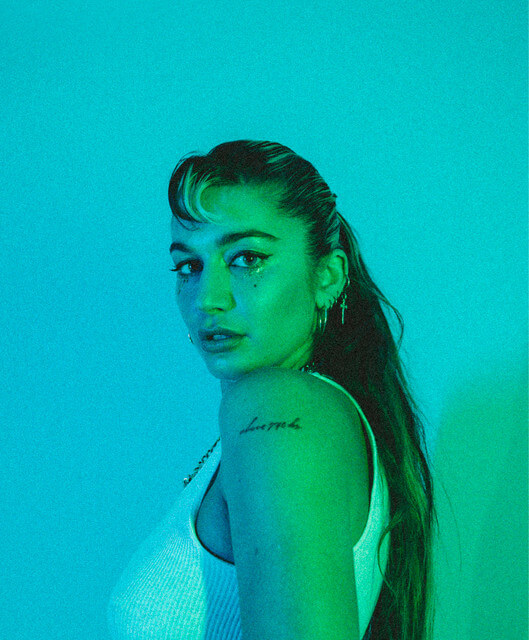 Where do you derive your inspiration from when you sit down to write a song?  Is there a process you begin with?

Depends if I’m writing alone or with someone!  Either way, I try to mine my personal experiences and my seemingly endless sea of emotions. I usually try to be absolutely saturated inside what I’m trying to say or depict and then shoot from the hip from there.  Lately, though, I’ve been finding inspiration by starting with a single sample or a beat and baseline.

Dream festival would be Mojave tent at Coachella.  I love how huge but equally intimate it is!  Dream venue is Red Rocks (but doesn’t everyone say that?!)

What’s your favorite instrument or hardware you use in the studio?

Ohhhhh this changes almost constantly!  My oldest hardware lover is the Prophet 6.  I just keep going back to it.  But I also love the vocal harmonizer in the TC Helicon VoiceTouch live.  I lean on that a lot when I’m making vocal stacks.

2 pieces of advice you’d give to an aspiring artist?

1. Find your unique voice and flavor.

2. Comparison is the death of joy.

Your favorite album right now and why?

I’m a big fan of Fred Again’s albums from 2021.  I think his blend of extremely raw emotions and wild dance music really captures the array of emotions we all felt during lockdown.  I also think Bicep’s Isles has been capturing my heart more and more over that past couple of months which seems to be rubbing off on me considering how much instrumental dance music I’ve been writing lately.

A lot of your music appears to stem from very passionate and emotional feelings.  Do you ever find it difficult being that vulnerable or does it come naturally?

It both comes naturally and is difficult!  I definitely live out loud with my heart on my sleeve and use music as a way to mitigate my emotions.  Don’t know how to do it any other way.

You created this really interesting ‘Choose Your Own Adventure’ style video for the “That’s What Friends are For” single.  What inspired you to do that? What was it like during production since you filmed it during lockdown?

It was a really extensive creation process.  It required shooting what was essentially 8 music videos.  Then we entered the editing and coding process which took months.  But honestly, it was one of my proudest achievements and I couldn’t have done it without a genius team — from my director, to the coders, to the actors, to the makeup artists, to the cinematographers.  It was a village.  We actually just won an Interactive Media Award for it so it was a super huge feat

Can you recount one of your favorite performances and what made it unforgettable?

I opened for SG Lewis at a sold out show in NYC at the Avant Gardner.  Not only was this a dream venue but I actually grew up around there so to play such an amazing and energetic show in front of people I went to high school with who knew me when I was in braces and slamming on a guitar was pretty insane.

Have you ever played in San Diego, if yes where?  If no, we are excited to welcome you to Quartyard for the first one!

I have not played in San Diego as BIIANCO but I have in my previous band, Smoke Season.  We did shows at Casbah and a couple other places around the city.  Can’t wait to be back.  It’s a city with such a family-like energy.

What is your favorite animal and why?

My favorite animal is the wolf.  I actually spent a birthday on a wolf sanctuary with Alaskan Timberwolves once.  I relate to their combination of ferocity and cuddliness.

…BIIANCO performs at Quartyard’s Anniversary party along with The Polish Ambassador, Eric Medina, and Hunthux presented in part by Same Same But Different Festival. Doors are at 4pm, 21+!